Hatch fly reels are an exceptional choice for anglers searching for a high-quality saltwater reel. As a newer model of the Hatch Finatic 7 Plus, this reel has plenty of excellent performance attributes that you’ll love to have.
This design is the type of reel that has a stellar exterior combined with a hardworking interior that will make fly fishing far simpler. Anglers will love how this reel easily works with some of the best fly fishing lines on the market. 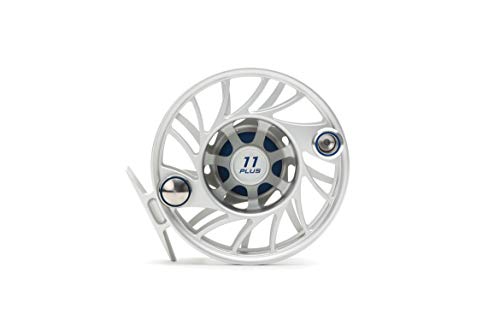 If you’re an avid fly angler, you might be wondering if the Hatch 11 Plus Gen 2 is an updated model, and it surely is. With plenty of features that are similar to the Hatch Finatic 7 Plus, you’ll find this reel has a sleeker and more modern aesthetic. On top of that, it also has solid ergonomics for extended fishing trips.
This reel has a design with one premise in mind, and that is to create a model that falls somewhere between the 9 Plus and 12 Plus reels. You’ll surely appreciate the slew of innovative, convenient, and comfortable features that have since been added.

Who Is This Fly Reel Meant For?

If you’re the type of angler who loves to have more than one line on a single reel, this is a fantastic option for you. With the ability to keep three or more lines per reel, you will be more than capable of taking advantage of the two spools.
More than that, you will also love how waterproof the reel is. This is far more beneficial than the Gen 1 reels, which had issues with waterproofing.
One of the most exciting features of the Hatch 11 Plus Gen 2 Finatic is that it has an absurd amount of durability. Ideal for anglers who don’t take the best care of their equipment, you won’t be able to tell if the reel has been dropped or scuffed. This trait is typical of higher-end reels, as they usually feature a hard finish that helps prevent signs of wear and tear.

Similar to most other reel purchases, there aren’t any items included with your order aside from the device itself. For most anglers, this isn’t a concern, as you will likely want to select your line depending on the catch you’re going after.
There is also a small instruction guide included to help you properly seat the reel if you’ve never done so before.

Overview of the Features

There’s no doubt that the Hatch 11 Plus looks phenomenal, and that is because it features smoother edges and reduced reflections. You’ll have the ability to fish stealthily regardless of where you are. Here are other features you’ll equally enjoy, as well:

One of the features that Hatch put a lot of attention into is the ergonomics of this reel. The handle is incredibly comfortable to work with, and you’ll appreciate the lessened amount of drag knob.
When you’re reeling in, you won’t have to put a lot of pressure on the knob as you won’t need more torque.

Compared to other reels, you’ll find that the Hatch 11 Plus Gen 2 Finatic has fantastic linear drag, which is an issue other models have had. With half drag, you’re likely to get 44% of the maximum.

With nine separate windows on the reel, you’ll notice how much lighter this design is compared to others. You will also love how lightweight the reel is without taking away from its overall strength.
Another design element that helps to add to its lesser weight is the concave surfacing in the frame.

The most significant issue anglers had with previous Hatch reels is waterproofing, which is why this reel now features lip seals and shielded bearings.
Users will have access to durability with drag, even with running fish. You’ll also love how this design can easily be used in both freshwater and saltwater.

When fishing in fresh or saltwater, you’ll want to reduce the likelihood of rust and corrosion. With the unique Ultraflon sleeve added to the handle and the shaft, you’ll have impeccable performance over the years.

How to Get the Most Out of It

Getting the most out of your new reel is simple once it has been seated. This design features plenty of user-friendly features, such as the ability to run both large and mid arbor spools.
You’ll love how the original frame is also adaptable with any other Hatch spool, allowing you to customize your reel to your heart’s content.
In terms of maintenance, ensure you store the spool in a dry and safe location to reduce damage. Although it is rather resilient, there is a possibility of some signs of damage over time with improper storage.

The Hatch 11 Plus Gen 2 Finatic has plenty to offer, but for some, it still lacks features that are different from previous models. One of our favorite alternatives is the Sage Fly Fishing Spectrum C Fly Reel.
A few of the most notable features of this reel include: 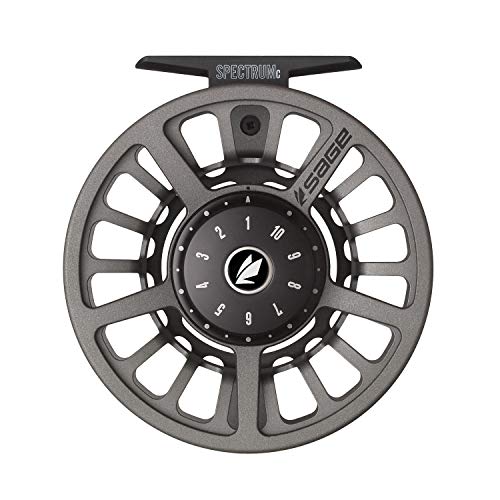 Anglers will have full control over drag with the help of this feature. The knob is numbered one through 10, so you can adjust it as necessary.

Regardless if you fish with your left or right hand, you will love how this reel can easily be converted from left- to right-hand retrieval.

Similar to the Hatch reel, this design also features a vented and concave arbor for improved strength, line capacity, and reduced weight.

Hatch fly reels are quite notable because of their sleek and stylish appearance that doesn’t take away from their superior performance. The Hatch 11 Plus Gen 2 Finatic is no different, as it looks great but also performs to the best of its ability in salt and freshwater. With a few key features similar to previous models and a couple of updates, it’s a useful option for anglers.

This site uses Akismet to reduce spam. Learn how your comment data is processed.