Megabass has a rich history in the United States, being one of the only companies in the entire country that can claim to have been founded as the result of a cross-country bet.

Megabass originally began as a Japanese manufacturer but expanded to the North American market in the 1990s when the founder won a bet with a major retailer.

The result was the retailer needed to start selling Megabass products at their venues.

Out of the numerous types of bait offered by Megabass, one of the most popular options is the Dark Sleeper.

Does the Megabass Dark Sleeper measure up to the competition when taken out for some field tests? Read on to find out. 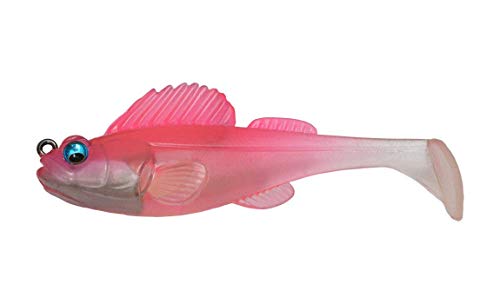 The Dark Sleeper is a form of swimbait designed to be run shallow or deep, depending on the user’s preferences.

It has multiple locations for hooks at the front and back.

The hooks can then be obscured by the lifelike dorsal fins, which fold over the metal to not only hide it from the fish but also to prevent snagging in weeds.

Megabass first started to produce the Dark Sleeper style of bait in 2017.

It can be used in many situations and has not undergone any additional styling since the original release.

Who Is This Product For?

Swimbait is designed for anglers interested in catching bass of all shapes and sizes.

The goal of a swimbait is to mimic the motions of a swimming baitfish, which is a smaller fish that is commonly preyed upon by larger ones.

Swimbaits have sleek, lightweight designs and can be made to bob and jerk similar to a living creature, making them a popular choice for anglers who have the skill to use them to mimic a fish’s natural motions.

Because the Dark Sleeper is roughly three inches long, it is suitable for larger bass and similar catches.

It can be used in deep or shallow water and has a small learning curve, making it ideal for both beginners and experienced anglers alike.

To get the best results, the Megabass Deep Sleeper should be used in relatively clear water with little excess vegetation to attract other fish and avoid becoming hooked on plants.

The Megabass Deep Sleeper only includes the lure itself, which has two separate loops where hooks and the line can be attached.

To properly use the lure, anglers are recommended to invest in a seven to 7.5 feet rod and to use lightweight monofilament or braid when possible.

Overview of the Features

The Deep Sleeper possesses some unique features that help the lure stand out from other models in its class.

One of the most notable is the shape of the head of the lure, which is flattened and snub-nosed.

The design is extremely lifelike and more liable to catch fish than similar models that possess a more sleek, more stylish appearance.

It is also front-weighted so as to simplify casting and avoid air resistance.

The extra weight allows the bait to sail, rotate, and descend with ease so that you can cast more accurately despite the weather.

The weight further contributes to the motion of the lure itself, helping it mimic the actions of a legitimate baitfish and be more enticing to bass.

However, the most unique feature of the Megabass Deep Sleeper is the double dorsal fin that keeps the hook protected.

The rubber dorsal fin can be pulled over the hook to hide it and stop the point from becoming caught in vegetation.

The fin moves out of the way when a fish tries to eat the lure, which means that you can still catch your prey but avoid the hassle of retrieval in algae-filled ponds.

There are 12 separate Deep Sleeper styles, and they can range in weight from 3/8 ounce up to one ounce. The lure will also range in length from three to four inches.

If there is one potential con to the Megabass Deep Sleeper, it is how well the hook sticks.

Once in a fish, the lure and hook can be a challenge to disengage without excessive ripping and tearing of the flesh, so it’s important to hone your skills before using this lure.

How to Use This Swimbait

The Dark Sleeper is a soft swimbait with a rubber body and no segmentation.

It is best used when rigged on a weighted hook, cast, and then slowly reeled back to the angler to mimic the natural motions of a baitfish.

However, to use the Dark Sleeper properly, it’s important to pay attention to the tail.

The Dark Sleeper is designed with a narrow, flexible tail meant to kick more than normal. This extra kick is meant to attract larger fish who will see the lure as a struggling prey.

Instead of a boot, the Dark Sleeper uses a wedge tail, which has more natural motion, but you still need to make the lure shimmy.

To do so, simply perform a small jerking motion with the tip of the rod so that the fish looks like it is flopping in the water.

You can then continue to reel in the bait.

If you make it to the boat without a catch, simply cast the Dark Sleeper again and repeat the process until you have your fish.

One model similar to the Megabass Dark Sleeper but easier to remove from prey is the Megabass Magdraft Swimbait. 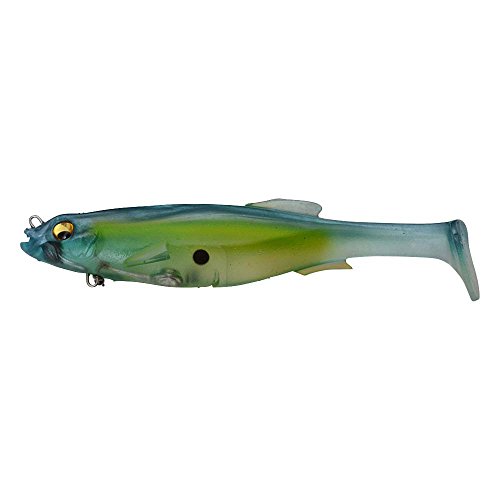 The Magdraft is longer at six inches long and, once again, features a wedge tail that allows for realistic motion.

The one downside is the length of the Magdraft. Since the lure will be too big to attract smaller bass, you will need to focus on larger prey instead.

The Dark Sleeper is a high-quality yet affordable swimbait lure designed to look like a small fish in the water.

Its design is natural and enticing, and special features, like the foldable dorsal fin, make it an excellent choice for anglers who are used to fishing in murky waters.

Once you know how to remove the lure from your bass, you will be able to employ this swimbait every time you go out on the water.

So, what are you waiting for? Grab some comfy pants, your best rod, and start fishing!

This site uses Akismet to reduce spam. Learn how your comment data is processed.